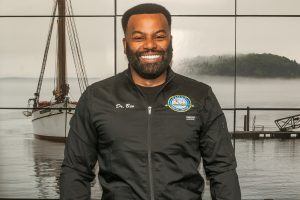 Benjamin F. Gilbert III, DDS
Dr. Ben Gilbert was born and raised in Philadelphia and the surrounding suburbs. After high school, he attended Howard University in Washington, DC, where he received his bachelor’s degree in plant biology. During his undergraduate years, Dr. Ben participated in student government, the pre-professionals club, and intramural basketball and football, where he won three football championships. Dr. Ben was also selected to be a student ambassador for Howard University.

After earning his bachelor’s degree, Dr. Ben attended Howard University College of Dentistry, where he received his Doctor of Dental Surgery. While in dental school, Dr. Ben was elected Freshman Class President and was selected to represent the dental school on a university-wide level as the Graduate Student Representative. He also held the position of Treasurer in the Graduate Student Assembly and was a member of the Student American Dental Association and the Student National Dental Association.

Upon graduation, Dr. Ben joined a dental practice in New York City, which focused primarily on implant and cosmetic dentistry. This is where his love of these specialties was born. Dr. Ben later went on to complete a 300-hour maxi course in implantology with one of the founding fathers of modern-day implantology, the late Dr. Norman Cranin, through Brookdale Hospital and New York University College of Dentistry. Dr. Ben is a member of the American Dental Association®, the National Dental Association and the Academy of General Dentistry. 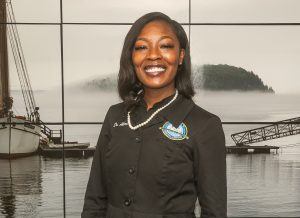 Dr. La’Chanda Q. Akers’ vision is to be a community leader and teacher. As a young new dentist and first-generation doctor in her family, she is empowered to give every day her all. With this vision, she inspires those around her to do the same and tap into their leadership potential. She also loves to laugh!

Dr. Akers completed her undergraduate education at Hampton University in Hampton, Virginia, where she was involved in several organizations associated with education, community outreach and uplift, and mentorship of girls and women. She continued her education at Meharry Medical College in Nashville, Tennessee, where she lived for five years and gained her master’s degree in health science and her doctorate in dentistry. During this time, she also helped initiate several oral health outreach programs for the surrounding community. In 2017, she relocated to Wilmington, Delaware, where she completed her residency in hospital general dentistry providing oral healthcare through the Christiana Care Health System (Wilmington and Newark Campus) and made herself at home in the Delaware dental community.

She lives in the area with her puppy Chuck-E (a Boston Terrier), and her family is close by in her hometown of Cape May, New Jersey. She still enjoys her summers at the shore. When she is not practicing dentistry, she enjoys traveling with friends, music, dance, painting, cooking, eating, brunching and spending time with family.

Being new to the area, Dr. Akers is adamant about getting involved in knowing the Delaware community, involvement in outreach, supporting the education system and mentorship. She has a passion for educating children and young adults.